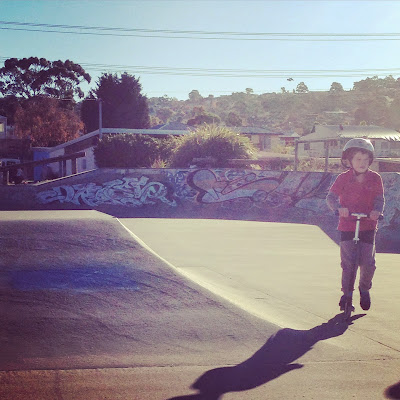 A new survey of Australian parents has revealed that over 65 per cent of parents prefer products which encourage physical activity and outdoor play when compared to gaming consoles and indoor toys.

According to the survey commissioned by smarTrike®, over 65 per cent of parents prefer products
which encourage physical activity and outdoor play when compared to gaming consoles and indoor toys.

The results indicate that Australia-wide, parents are getting the message that excessive screen time
and the associated indoor confinement can have negative impacts on young children. However, the
survey also unveiled that an alarming 30 per cent of Aussie kids under three years old are only
heading outdoors to play three times a week, and 10 per cent only once a week.

While the results reflect a positive trend in the attitudes of parents when it comes to the health of their children, the reality for many families with young children is that active play outdoors is still limited to only once or twice a week. Melbourne mum, Katherine Nicolson, with two children under the age of three, said her family will be avoiding toys and electronic gaming devices at the July Toy Sale this year.

“I definitely notice a considerable improvement in the mood of my kids when we are active and spend time outdoors, but it can be difficult to find the time,” Katherine said.

Trikes and bikes are top products of interest for Australian parents this year, with 35 per cent stating they will be making a beeline for these products at the toy sale. But it can be hard for parents to track down products which will facilitate physical activity for toddlers who are still developing their coordination and motor skills.


Stand out stats worth noting
- 65 per cent of Australian parents have voted a stroller or trike a better gift option than toys, game
consoles, and electronics
- Over 30 per cent of children only play outdoors three times a week, and 10 per cent only once a
week
- Parents find that 1 in 5 children are unhappy in a pram/stroller as they would prefer to be active
whilst on-the-go.

On top of my own kids list from the latest toy sales have been things like...
- New trampoline
- Fitbit
- Surf board
- Some riprider thingie I didn't really even comprehend! When it says $500 I tune out :P
- Minions have sparked an interest with master six
- Pool
- New Skylander figures
The list could go on and on and on and on....  But I was glad to see a few outdoor things were in the top picks.

Lucky for me the kids are outside most days after school, weather permitting.