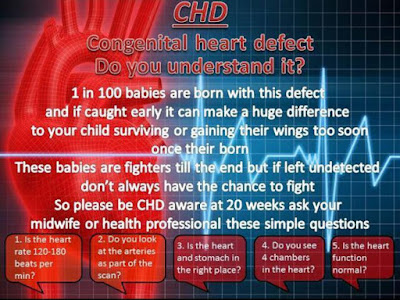 Eight Australian babies are born with a heart defect every day. To help ensure that the best possible care is available for these infants, doctors are urging parents to ask four simple questions at their 20-week scan..

I had never even considered asking the sonographer if they had checked my son’s heart closely when we had our 20 week scan. I was a first time mum-to-be, excited and nervous about finding out whether it was a boy or girl, not giving my baby’s heart health a second thought. I trusted that the major organs were being checked closely and believed them when they said my baby was healthy.

If I had pushed more we might have known about our son’s condition earlier and delivered him in Melbourne so he could have been treated sooner.

Imagine the shock when we found out six hours after our son’s birth that something was drastically wrong.

We were flown to Melbourne the day after he was born, where we spent the first three weeks of our newborn baby’s life, anxiously waiting to hear he was going to be OK.

I sat on the plane and sobbed. People must have thought I was crazy. I still had my hospital tag attached. I looked like I had escaped from a mental ward.

I had just become a new mum and this was NOT meant to be how things happened. Nobody had warned me that things can go wrong. Why wasn’t THIS discussed at one of my many midwife appointments?

When he was less than 24 hours old he had his first procedure, a septostomy, to improve the blood flow while we waited for his major surgery. They needed our baby to grow a bit before operating on him. 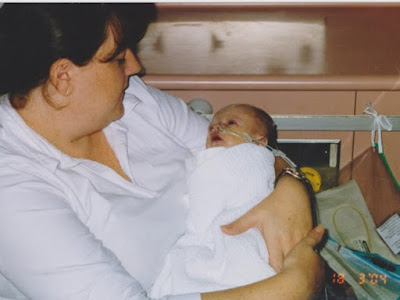 The heart is the size of your fist so you can imagine how tiny the heart is of a 7 lb 1 oz newborn.
Finally, when he was eight days old, he was ready for his open heart surgery. It was the 18th March 2004. I wasn’t brave. I refused to hand my tiny baby boy over to the surgeons. Instead, I stayed in bed and sobbed. 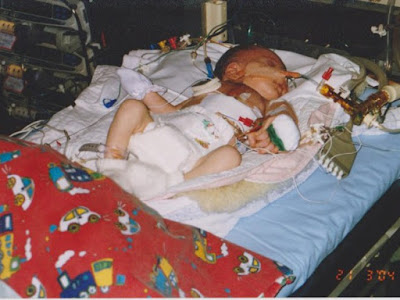 I regret that now, but at the time I just didn’t have the strength to fight the emotion.
He was in theatre for eight hours on heart bypass while they performed the switch. It was the longest eight hours of my life.

We hit a few bumps, but thankfully we are one of the lucky families with a successful outcome. Our son is now eleven years old and doing really well post surgery.

Sadly, many families don’t have a happy ending to their story. Picking up a heart defect early could increase the chances of survival for your baby.

To ensure that treatment is available as soon as possible, doctors are now urging all pregnant mums to ask four simple questions about their unborn baby’s heart during the 20 week scan.

Never be afraid to speak up and look out early for your unborn child.
family health heart foundation heart health HeartKids tween