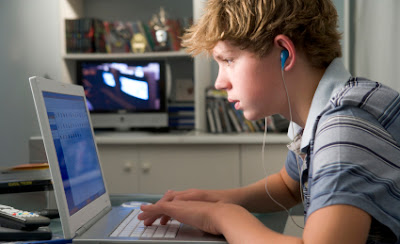 As a mum of two boys this kinda made me want to click to read more. But it's not just for boys, I think all parents and guardians need to keep in mind how screen time can impact our kids.

A small Norwegian study suggests that teenage boys who spend too many hours in front of a screen, including computer or television, without participating in enough exercise could develop weaker bones as they age.

"We found a relationship between higher screen time and lower bone mineral density in boys," said Anne Winther, a physiotherapist at University Hospital of North Norway.

"We are not able to detect causality with this study design, but it is likely that screen time is an indicator of a lifestyle that has negative impact on bone mass acquisition."

Among the 316 boys and 372 girls aged 15 to 19 years old, those who spent two to four hours, or more than six hours, in front of the screen every day tended to be slightly heavier than their peers who spent less time in front of screens.

For the study, the youngsters reported how many hours per day they spent in front of the computer or watching television or DVDs on weekends, as well as how much time they were sedentary, walked, cycled and participated in recreational sports weekly.

"The most important finding was that the detrimental relationship between this screen-based sedentary behavior and bone mass density in boys persisted two years later."

I don't limit screen time, as in I don't set a certain amount of hours that can be used daily/weekly etc.

They are both free to use their devices and watch TV both before and after school providing they get done what needs attention first.  Devices are off by 6:30pm.  That's my only rule.

In saying that both my kids prefer to be outside as much as they possibly can.  I usually need to call them inside each night at 5pm for showers and dinners.

I am not concerned at all with how much screen time they may have. But it is something well worth keeping in mind if your children aren't outdoorsy.

Luckily the tree house usually wins the argument over a screen in the BZ household. 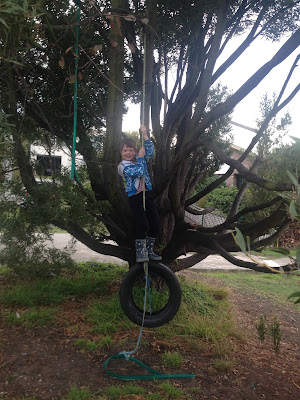 Unknown said…
The tree house is awesome! My kids love playing with their pets - that always gets them outside
June 30, 2015 at 6:08 PM