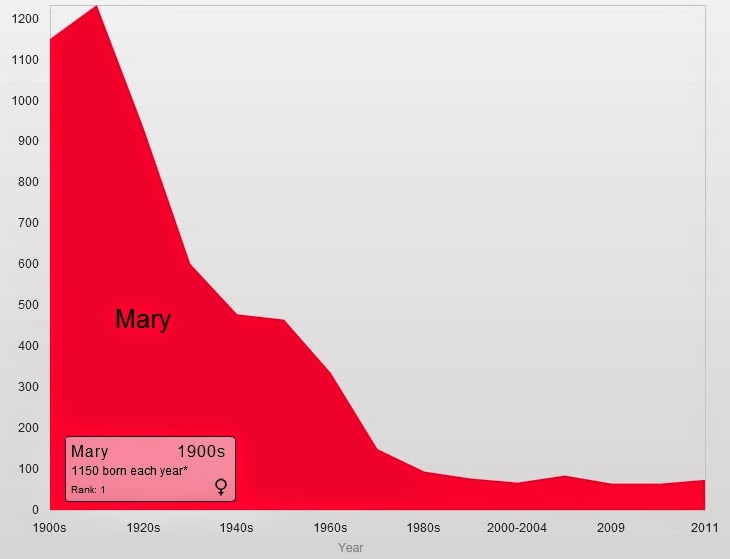 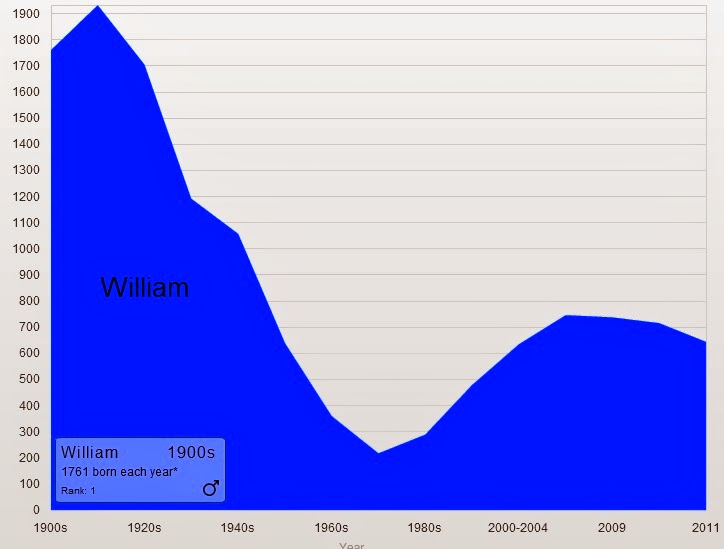 Ever wondered what the most popular names were back in the early days? No? Must just be me that thinks about that stuff.

Anyway you are here now, so I might as well tell you...

I had a grandpa William on both sides of the family. My second sons middle name is actually William.

What were your grandparents names? Are you or your children named after them?