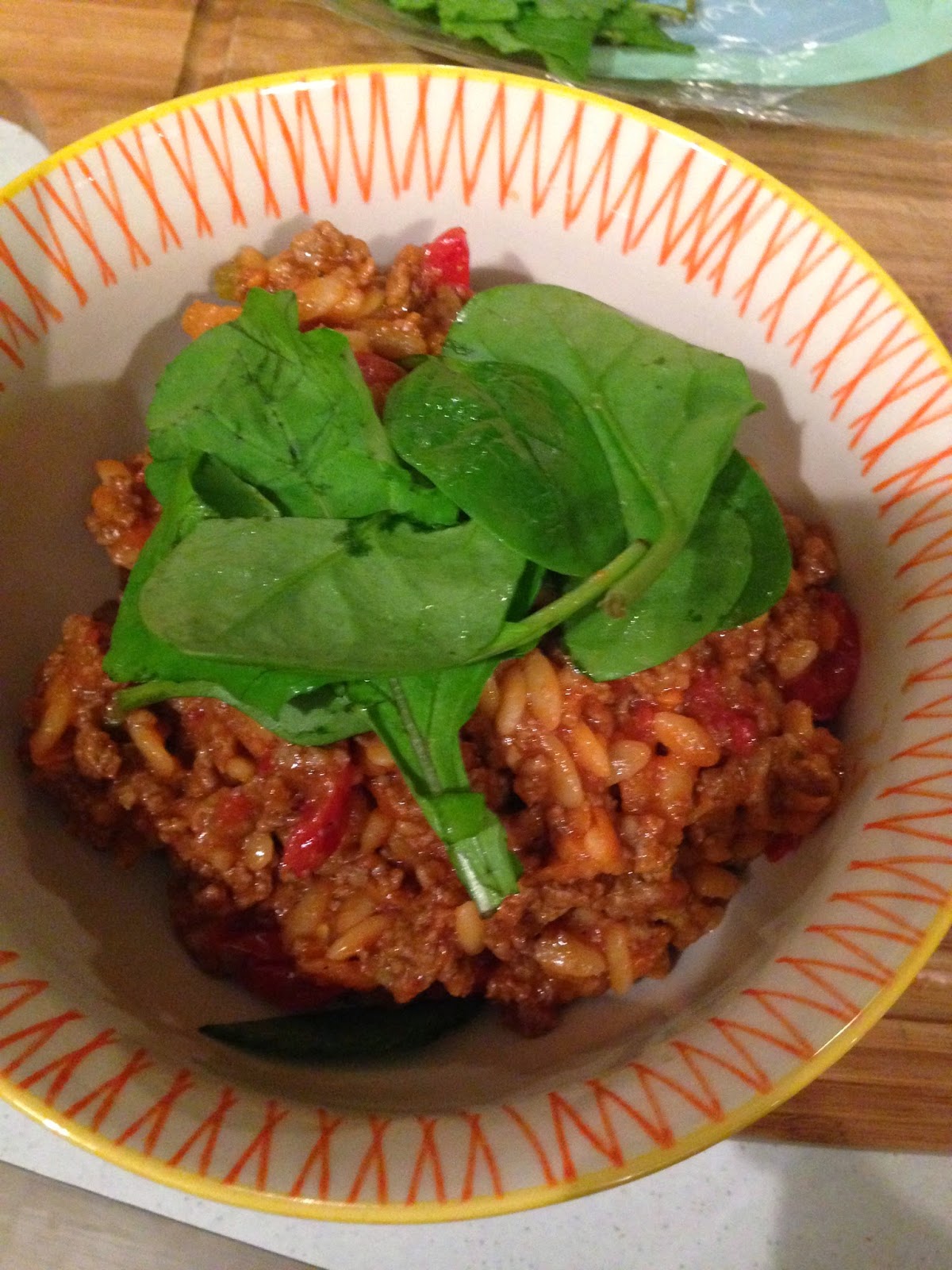 One-pot wonders seem to be a big thing at the moment. Unlike one-hit wonders though, I think they may be around to stay. At least as far as I am concerned. I LOVE me a one-pan dish. Anything easy, that doesn't create a big mess is a winner in my books.

Tonight I was racking my brain to think of something to do with the 1kg of mince I had defrosted.  I get a bit sick of the usual old spag bog. So I decided to adjust this one-pan lasagne recipe and toss some risoni through. 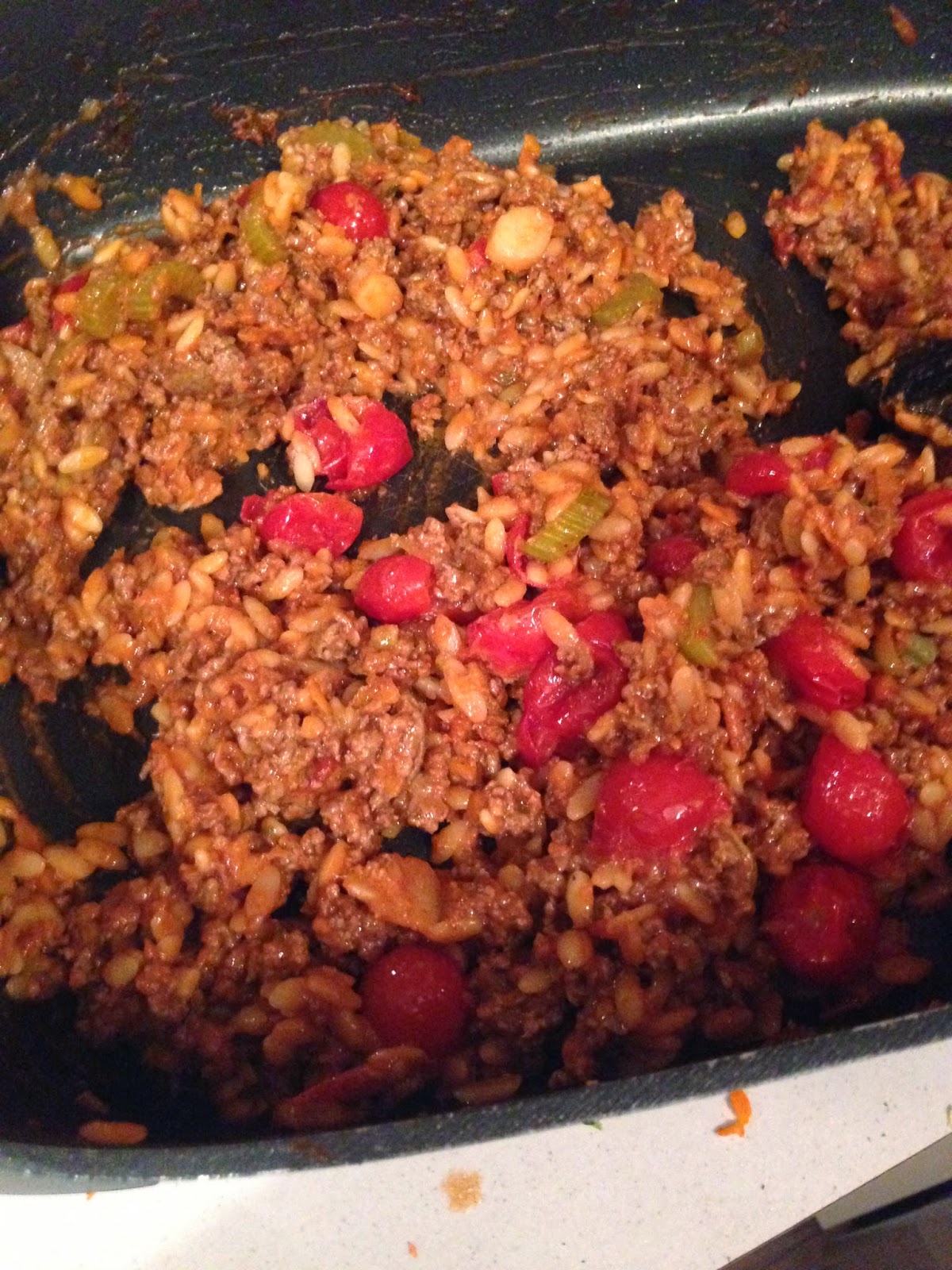 Brown mince, stir through vegetables and cooked until softened, add herbs and all liquid ingredients. Bring to boil.

Reduce heat and stir in risoni.  Cook until risoni has softened. Season as desired.