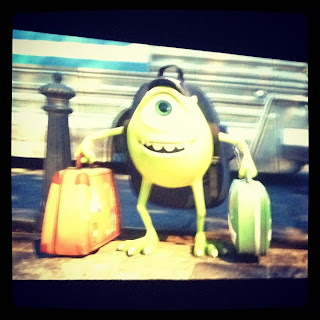 Today we jumped on the bus and set off for a surprise adventure.

Of course the boys guessed they were going to the movies but I kept playing dumb and telling them we had to wait and see where the bus driver took us. (Silly mummy!)

We arrived 30mins before the movie started so headed to Zone 3 for a few games to fill in time.

Lots of $$$ later and 94 tickets gained we scored two bouncy balls and some lollies before getting stuck behind 20 other people lining up for tickets. 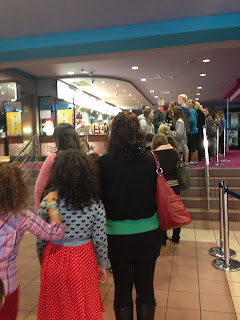 Why didn't I grab the tickets first?!

We grabbed our jumbo frozen deal and settled in to watch the movie.

I must admit, it didn't catch Mr 4's attention as much as Despicable Me 2 did. We had a few "Can we go yet?" moments.

Mr 9 said his favourite part was when they did the Scare game challenges and had to do the race through the purple prickles that made them all puff up when they touched them.

Mr 4 liked when they did the scare simulator and scared all the kids.


I actually quite enjoyed the whole thing, but it was possibly a tad scary in some places for a four year old who still gets a bit scared in the dark.