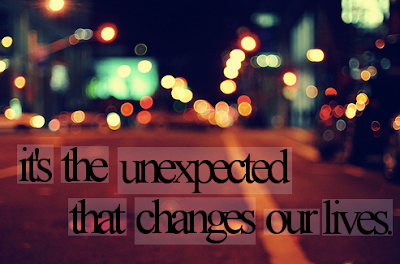 Today I had a hair cut.

So what you say? Well it has been six months since my last hair appointment.  How slack is that. I NEVER spend time on my needs and always push myself to the bottom of the pile.  I nearly cancelled this morning. (I do that a lot!) But I pushed through and kept my appointment.

I went to a different salon than I had in the past. But it was an old hairdresser that I used to visit many years ago. BK  (before kids) So it was lovely to catch up with her and because she was running late it ended up being a 3 hour appointment.  GAH!  But it was so nice to be on my own talking to an adult about stuff. I had a feeling though that Kim would break my barrier today and it had me on edge the whole time.

We chit chatted. She spoke about the loss of her mum and the break down that followed sometime later.  My anxiety started to rise.  My biggest fear over the past 12 mths is that I will fall in a BIG heap one day and struggle to get back up.   Kim bought that home hard today.

It's funny the people that manage to break that barrier. I do love my hair, but I wasn't as relaxed as I thought the day would be.  Maybe that's a good step.  Who knows!

Janet Camilleri said…
So sorry to hear you have lost your Mum - it can be a very difficult time and the sadness will overwhelm you at the oddest moments even months later.

I went to the hairdresser once and was feeling more or less ok UNTIL she said "how are you today" and just started bawling my eyes out! How embarrassment!
August 2, 2013 at 5:27 PM

Melissa {Suger} said…
Sorry to hear of your loss. Sometimes relative strangers in whatever capacity can be the best at breaking down those walls. They get behind before you even know they are there.

Tracy at Blue Zone said…
Thank you both.
Not long ago been the 1st anniv of mums death so I am slowly getting there.

Unknown said…
So sorry to hear about your mum. It's okay to not be okay about it though. Maybe next time you can open up and it will be okay. Popping in from Weekend Rewind. x
August 3, 2013 at 5:06 PM

Mel @ Coal Valley View said…
I'm so sorry for your loss Tracy. I can't imagine how hard that must be to lose your Mum and have the memory of her crop up like that by strangers. I lost my Grandma 2 years ago and sometimes just seeing an old lady in the supermarket is enough to set me off. 1 year is not very long at all. Be kind to yourself. Mel x
August 3, 2013 at 5:39 PM

buttonbrain said…
It's so strange what brings up those bubbles of anxiety and sadness, and how unpredictable they are. We like to think we have them all safely tucked down and then 'BOOM", out of nowhere they rise up to sucker punch us.
I remember standing in the supermarket staring at cans of asparagus (a flashback to 1970's family celebrations) and there I was, tears rolling in Safeway. All I can say is this lessens with time xx
August 3, 2013 at 6:42 PM

Maxabella said…
Sometimes an unintentional kindness - even just a chat - can bring us all undone. I think a lot of the time we are bottling up enormous amounts of grief and longing that spills out from time to time. I hope you're okay, Trac. I know you are really. x
August 7, 2013 at 3:50 PM

Ronnie said…
I'm so very sorry for your loss.
Over the years since our son Cameron died, I have greatly appreciated the people who have stepped out of their comfort zone to ask us about him....
Ronnie xo
August 9, 2013 at 4:04 PM