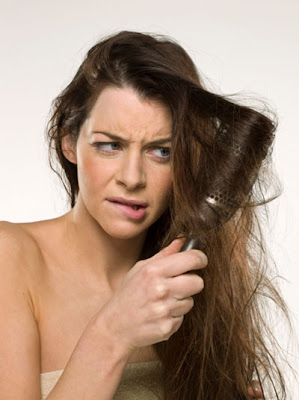 According to a recent survey shaving your legs is the most hated beauty routine ever! Sadly we spend two months of our lives doing the dreaded chore!

The new beauty poll found 35 per cent of women say they despise depilation more than anything else in their beauty routine.

The vast majority of women surveyed felt it was necessary to shave their leg hairs and on average we spend four minutes, six times a week on the ritual - adding up to 21 hours every year.

The second most detested beauty chore is hairstyling, the study found. Seventeen per cent said they hated having to do it but admitted spending 16 minutes every day teasing locks into place which amounts to almost a year during their lifetime

The third most hated beauty chore was plucking eyebrows, which took 11 hours a year.

I agree!  I always put off shaving my legs. So annoying! Eyebrows, and facial waxing would be a close second for me followed by taking off my make-up. I often wake with panda eyes. Oops!

What is your most dreaded beauty chore?

Anonymous said…
All of the above! I think my most dreaded is the fake tan and leg shaving... I've got so many tanning products that I never use and my legs may resemble a Yeti's by the time Winter is through, lol!