Saying the unthinkable "Having kids is my biggest regret" 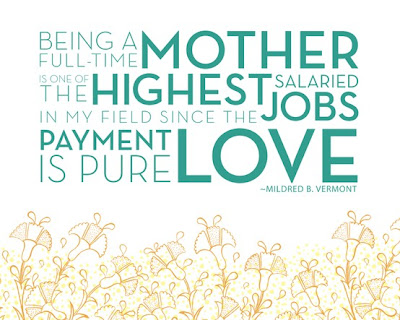 I was shocked this week when reading the Daily Mail and stumbling on a story titled "The mother who says having these two children is the biggest regret of her life". I have since read many posts on this topic and still can't get my head around any mother saying having a child was their biggest mistake.

Why? Why have children if you always felt so anti children?

"My son Stuart was five days old when the realisation hit me like a physical blow: having a child had been the biggest mistake of my life.

Even now, 33 years on, I can still picture the scene: Stuart was asleep in his crib. He was due to be fed but hadn't yet woken.

I heard him stir but as I looked at his round face on the brink of wakefulness, I felt no bond. No warm rush of maternal affection.

I felt completely detached from this alien being who had encroached upon my settled married life and changed it, irrevocably, for the worse."

OK I thought so she suffered with PND. That is a common reaction with PND to feel distant from your child.

But nope she went on to say: "My feelings were not sparked by tiredness, nor by post-natal depression or even a passing spell of baby blues.

Quite simply, I had always hated the idea of motherhood. In that instant, any lingering hope that becoming a mum would cure me of my antipathy was dispelled.

I remember asking myself, 'Is he really mine?' He could, quite literally, have been anyone's baby. Had a kind stranger offered to adopt him at that moment, I would not have objected."


How could any parent say that?  How could a child feel loved if they knew they weren't wanted?

I don't regret my boys for one minute. Even after sitting by our first born sons bed watching him fight his biggest battle.  I always sat there thinking I wish I was the one going through all the pain.  Not him. I wished I could do all the tests and be poked and prodded instead of him.

Even now when my boys get sick I wish it was me suffering instead of them.  I wish I could take away all the nasty people and hurtful words.

Kids should not have to suffer, EVER.  So the fact that your child will always have that niggling thought that they are not wanted is something I would not wish on any child! A long term suffering that should never happen!

Was this mum doing the right thing being honest and sharing how she really felt towards motherhood? Maybe it is common and just not spoken of?

Have you ever thought "I wish I never had kids?"

JacintaV said…
I went and read the whole article.... very odd. I feel sorry for her kids reading it. Obviously worked for them. I do know of families where the mum talks the dad into having kids and she does all the work, seems to be that this is just the opposite. He wanted the kids so he was obviously happy to do all the work when she was around. Strange, I can't relate at all to what she says or feels but it worked for them (not sure about her kids though...). Would we think it was so strange if it were a man/father who had written the article?
April 8, 2013 at 9:16 PM