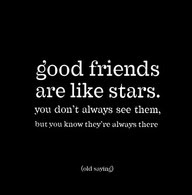 New research has found that women make an average of nine new friends after the birth of their baby.

The survey commissioned by Natures Purest showed that while childless women have an average of 13 friends, the number increases to 22 the year following the arrival of a child.

Half of the 2,000 mothers polled said it helped their social life and they found it easier to bond with other women once becoming a mother.

53 per cent of new mothers felt it was surprisingly easy to make friends after having a baby, and 70 per cent of those said it was because they had so much ‘in common’.

16 per cent of those who took part in the poll said they had a better social life after having children as they had so much more free time to meet up with people.

A spokeswoman for Natures Purest said: 'There is a misconception in society that starting a family will mean you are stuck indoors but it’s simply not true. Our research shows the opposite – becoming a mum can do wonders for your social life as there are so many groups and activities to become involved with.'

I must be one of the few that went against the trend. I found friends disappeared once kids came on the scene for me.

I chose not to attend mother's group at all and only did playgroup on/off with my first born.

Mother's group didn't appeal to me after the birth of our first son and the traumatic time we had experienced. I didn't fancy sitting with a group of women comparing their children and repeating my story over and over explaining why Logan wasn't as advanced as all the others.  Not. my. thing!

With child number two it wasn't available so I just pottered along on my own.

I thought once the boys started school I might meet some nice parents, but I just don't seem to gel with people. I must have a stay clear sign on my head I think.

So really I guess it is my own fault that I didn't widen my friendship circle and now have no-one. Ho hum woah is me.

Did you find you made some great friendships after becoming a parent?

JacintaV said…
I have some fabulous new friends since having kids. I didn't join a formal mother's group but kept in touch with some from my antenatal class and others I've just met along the way. Interesting that I did seem to lose a few friends when I had my first, but now that they're having kids, they're coming back to me. Life has funny twists and turns.
April 20, 2013 at 12:59 PM