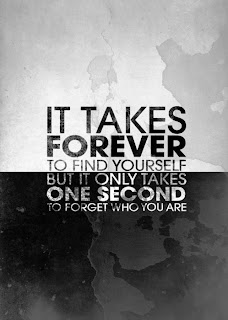 A study conducted in Miami found that women with children had a better memory than those without.

Two groups of women took part in the study.  35 women with children aged 10 - 24 months and 35 women who had never had children.

Women with children scored better on the memory tests, than the women without.

Drat!  There goes my excuse for being so forgetful. 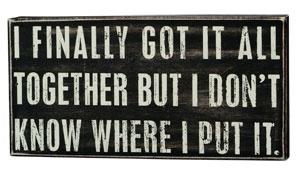 I do often wonder if we suffer "mummy brain" because we have so much more to remember compared to the days BC (before children).

BC I only had to worry about myself.  Now I need to make sure I have 2 other people organised as well as myself.  And half the time hubby as well! Gone are the days of just grabbing the keys and my purse before heading out the door.  Now I need to tick off a mental check list before even thinking about stepping outside!   Drink, food, change of clothes, jackets, hats, more food.....

Then you have to remember everybody's appointments, what day is lunch order, when library day is, where Mr 3 put his scissors, as well as being expected to know where that toy is he put somewhere last week.  Oh the fun!


Do you find you have a better memory since having children?  Or do you have a total brain sieve like me these days?

Anonymous said…
My brain is shocking at remembering anything these days. I have a calendar to do that. My post today was about baby brain! http://madmummassweetrandoms.blogspot.com.au/2012/08/baby-brain-at-its-best.html
August 7, 2012 at 6:45 PM